Feed-in tariffs were introduced by the government back in April 2010, with the aim of increasing the amount of Solar PV and renewable energy sources that were being put into use.

What these mean is that anyone who installs a Solar PV now will have fixed rates of electricity for the next 25 years, and highly reduced energy bills as lots of the power produced will be self-provided. Furthermore, any unused power produced that goes back to the National Grid is paid for by them. All in all, as well as reducing your carbon footprint and helping the environment, investing in Solar PV does actually turn out to be a profitable venture. 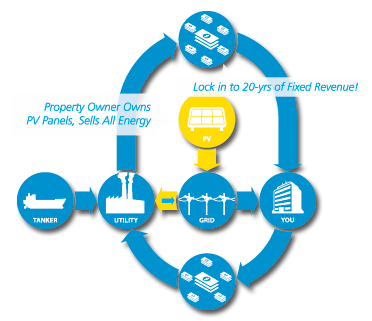 These tariffs are paid through your electricity supplier, and either are given to you as a direct payment into your bank account or a credit line to/for your energy bills (dependent upon utility company). While it would seem the suppliers are losing out on this, the way their incomings/outgoings ratio stays the same is they will make the money back off the bills of regular bill payers, who's costs will continue to go up over time.

The rates given for different units of electricity vary from 30.7 pence per kWh for stand alone and 100kWp - 5mWp systems to 43.3p per pWh for retrofit models less than 4kWp in size. Export meters can be installed in the home with your PV panel, but in most cases these are not financially worthwhile to invest in.

The UK is not the only country to introduce these FIT's, and the likes of Italy, France, Spain, the Netherlands and Portugal have all introduced this, as well as states in the USA and Canada. Germany has become an excellent success story for Solar PV as well, with massive solar farms in Lieberose and Strasskirchen. The country now has over 8,877MW of solar capacity thanks to the FITs.

Even though FIT's was something that Labour began bringing in, the coalition has stuck with them, with a main reason being the crisis in the Middle East, and thus oil as an energy source can't be relied upon due to a lack of sustainability and possibly availability. While the government are reviewing the FIT system, it's highly unlikely anything negative will happen to them, as they are a great way of making sure the UK reaches renewable energy targets.

Furthermore, renewable energy is something that could be beneficial in another way; that it creates jobs and will be a consistent employment method as the energy source isn't going away. While only 10,000 are employed in jobs in this sector in the UK at the minute, in Germany, 250,000 jobs are provided by renewable energy < , and the taxes and profits made for it also boost the financial state of the country. While fossil fuels are depleting, Solar PV is a great way to become self sufficient with energy, and not have to worry about shortages and unavailability. 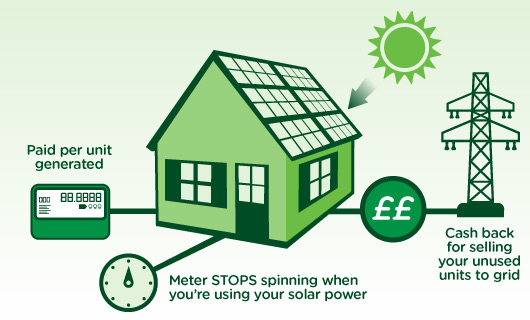